Most people reject the concept of “God” or “Divine power” on this logic that nobody has seen it.

Just because something is not visible to the naked eye or is beyond the scope of Science doesn’t mean that that thing cannot exist. And not everyone can see everything, it depends on the beholder and whether the subject is in a position to see and observe. The Gaze matters.

So here follows a very interesting story of Narendra Nath Dutta who questioned the existence of God and got the answer from his Guru, Gadadhar Chatterjee. Narendra nath went on to become the famous Indian prophet Swami Vivekananda while Gadadhar Chatterjee is popularly known as Ramakrishna Parmahansa

Narendra nath belonged to a well to do family in Calcutta and he was fascinated by the heroic idealism of Indian spiritual tales since early childhood. The lad grew up into an intellectually alert young man. He studied Western logic, Western Philosophy and European History in the Scottish Church College, Calcutta.

William Hastie, then principal of the college had commented on Naren’s intelligence

I have traveled far and wide but I have never come across a lad of his talents and possibilities, even in German universities, among philosophical students. He is bound to make a mark in life. His words will one day come true.

In his student life, Naren grew restless on the existence of truth and wanted to see it face to face, and not just read about it. Naren’s hunger grew as he saw his fellow country men suffering in abject poverty.

If God exists, why is there so much hatred and depravity in this world? If God is the supreme creator, why isn’t he merciful? Look at my countrymen, they are suffering and dying of hunger each day. If God exists, I must seek him for the answers.

In his agony and despair, Naren went on to ask this question to religious leaders of various sects and beliefs. He had a single and straight question,

Have you seen God?

He went on to ask this question to Maharishi Devendranath Tagore, a religious reformer and leader of Brahmo Samaj. At that time he was staying in a houseboat in one of the Ghats of Ganga where he practiced meditation.

Narendranath went on without an appointment, pushed open the door and disturbed Devendranath’s mediation, asking

No, my boy. But you have the eyes of a Yogi. Practice meditation, you will have all the answers.

Naren was not content from Devendranath’s answer. He went on with his pursuit for a few months without any success.

One day, one of his cousins told Naren

If you really want to understand what God is, visit Shri Ramakrishno in Dakhineshwar.

What? You ask me to go to that illiterate priest? What does he know about God? I have read Kant, Hume, Hegel and Spencer and you now ask me to go to a man who does not even know how to write his own name?

Later, Naren turned to his professor William Hastie and Hastie explained to him what “Trance” is. He explained that the mind has infinite potential and human beings are not aware of it. Trance is the feeling which will carry your mind to that state where you can realize how much potential it has. He urged Naren to pay a visit to Ramakrishno and understand what this is all about.

After much hesitation, Naren decided to pay a visit to Ramakrishna, which later became the turning point of his life.

“Naren, you have come at the right time. I was waiting for you, sing a Bhajan for the Goddess Kali.

“How did you know me? And have you seen God?”

Yes I see him. I see him just as I see you here, only in a much intenser way. Yes, God can be seen and realized. Not only that, you can talk to him as I am talking to you.

For the first time, Naren was face to face with a man who claims to have seen God and even talked to him. He was amused and before he could start his discussion, Ramakrishna stood up from his seat, came closer to Naren and touched his chest with his feet. 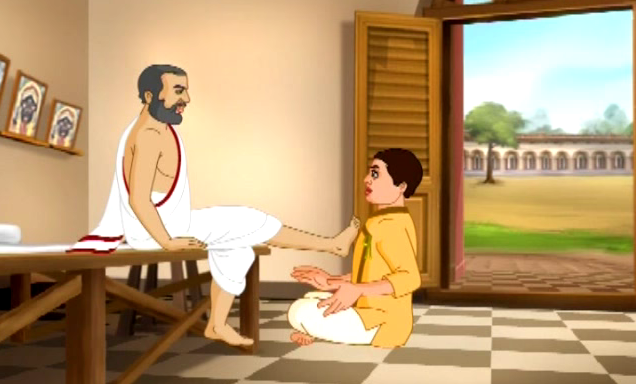 At this touch Naren saw, with eyes open, the walls, the room, the temple garden — nay, the whole world — vanishing, and even himself disappearing into a void. He felt sure that he was facing death. His mind entered a state of “Trance” which was not bearable by his physical body.

Naren slowly lost his consciousness after uttering these words

Oh what are you doing to me? What is happening to me? I have my parents at home, stop this, I plead you Sir, stop this.

Okay. This is enough for now. You will understand this gradually, one step at a time.

This incident could have been an act of Hypnotism through which Ramakrishna transgressed Naren’s mind to an extent not bearable by his physical body. In those few moments of ecstasy, Naren was able to see things beyond the unseen and realize that there exists a supreme power.

It would never be the same again. Hereafter, he could not help thinking more and more of Shri Ramakrishna. It was something he could not explain or understand.

Naren, then barely 21 year old, met with unexpected difficulties. His father passed away and the family fell into financial crisis. His family ended up without security, without savings and there was nothing that he had not tried but failed. He went back to Shri Ramakrishna and asked him to appeal to the Goddess to relive the distress of his family.

I have never asked for any material gains from the goddess. I cannot do it even now. But if you visit the goddess and ask, you shall get what you ask for.

But why will the god listen to me?

She will. Just go and ask with an honest mind.

It was evening time and a distressed Naren went to the temple to offer his prayers. But he could not.

What did you ask? Did you ask her to relive the distress of your family?

Oh no, I could not ask for that. I asked for wisdom, devotion and renunciation.

Naren went thrice but every time, he was unable to ask for anything. He decided to renounce this world and live the life of a Parivrajaka. 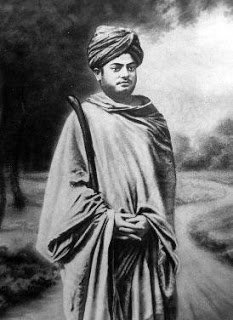 What followed was a decade long experience of spiritual awakening which would awake the fate of his nation, his people and would enlighten mankind through his learnings of Yoga, meditation and Vedanta Philosophy. He traveled far and beyond, begged for alms, slept with hermits and renounced the material world. In the Christmas eve of 1886, he took formal monastic vows along with 8 disciples. Narendranath took the name “Swami Vivekananda”.

The moral of the story is that God can be seen and realized, provided you are ready to sacrifice and renounce. It takes time, patience and acute self discipline. If you really want to see and understand the divine, you must allow yourself the opportunity to be eligible to understand. It takes years of meditation, renunciation, self discipline and focus.

Reference: At the feet of Ramakrishna