Let me tell you a story.

There was a king who was always tensed. He was always worried and tensed over the future of his kingdom, his land, his wealth. He could never sleep peacefully because he was plagued with fear of losing whatever he has accumulated for the country.

Then there was this beggar whom the king fed near the temple. 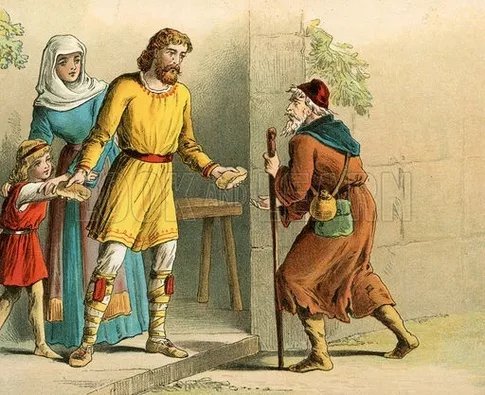 The king observed that this beggar has no pain in life. He never bothered about anything, He would beg for food and once he is full, he was happy and content. He went around singing songs and was free to do whatever he wants to.

The king told one of his ministers

Look at this guy. He has nothing and yet he is so happy and free. And look at me. I am the king. I have all the wealth, power and pride but no happiness. I am Jealous of him. I want to see this guy in distress. I want to disturb his peace.

That shall be done.

The next day the minister took 100 gold coins, wrapped it around a robe and dropped it where the beggar slept.

On discovering those gold coins, the beggar was elated. He had never seen them before. His happiness knew no bounds. But soon after, he became worried. Now he needed some sort of security. He feared the loss of coins from robbers.

The next day, he found another robe with 100 coins. He became more worried.

The next day, he traveled across the town and found a mountain, climbed it, dug a hole somewhere and buried all the coins.

He also hired a local farmer and told him to keep an eye on the mountain for suspicious activities. He promised to pay the farmer one gold coin every year.

In some time, he discovered another robe with only 99 coins in it.

Now he was angry.

He was certain that someone has stolen that one coin. He went mad, lost his temper and went to the king complaining

“Your highness. Some guy has stolen one coin which the gods had gifted me. I demand justice”

The king smiled, his objective has now been achieved and he has successfully destroyed the beggar’s mental serenity.

It is the presence of surplus money that can make life more complicated. Abundance of money comes with its own problems and destroys your peace of mind. Just observe the lifestyle of a millionaire, he is always busy with stocks, investments, bonds and he has trapped himself in the illusion that “he needs to grow his money to be happy”.

That is the illusion he has created for himself and he wants to live in that illusion.

Happiness has nothing to do with abundance or lack of wealth. It is the absence of wealth and the chase which makes life worthwhile, not abundance.

Wealth is a necessity but most of us forget the fact that the chase to accumulate wealth is never ending. You will never have enough and if you give money the power to make you happy or sad, you will always be sad.