Here is a story of a householder called Saunaka, who reaches a forest to find the famous Hindu sage, Sage Angiras.

He approaches the Sage reverentially and beseeches

“O Holy Sage, teach me that through which the whole universe can be known.”

Sage Angirasa goes on to explain the two different kinds of knowledge on this Earth. The lower knowledge he states are the sciences, hymns, rituals, grammar, poetry, knowledge of the vedas etc. The higher knowledge is which leads a man to something which never dies. The Indestructible. 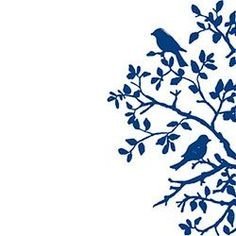 This body is like a tree in which two birds live. They look alike. The lower bird is tasting the
fruits of the tree and some are sweet and others are sour.

The higher bird is just watching the lower bird.

Two self’s living in the mind

This story is a metaphor of the two self’s a mind is made up of.

Then there is a higher self which is simply watching the lower self.

The higher self is calm, unperplexed and doesn’t bat an eyelid.

Liberation of the mind is just the introduction of the lower self to the higher self.

It is like a handshake between two school friends who suddenly meet after years. One friend (higher self) is not surprised to meet the other (lower self), because he has known him ever since and his love hasn’t changed its form.

However, the other friend (lower self) is astonished to meet his counterpart and keeps shaking his hands in surprise, as if he has found all the wealth of this world.

He then hugs his friend and cries, only to discover that he is just meeting himself.