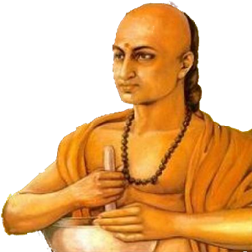 Chanakya (Kautilya) was a famous Indian philosopher, teacher, economist, author and an advisor to the Indian king Chandragupta Maurya. Chanakya authored the famous political treatise – Arthasashtra (Economics) which lays out the foundations of how to run an organized state in the Maurya empire. This book lays out the foundations of collective ethics that holds a society together.

Chanakya’s Sutra were not limited to political and royal boundary. Chanakya laid out several best practices to address concerns in the marital life of a man and woman. Given below are some of the principles that were practiced at his time.

1. Marriages were classified into 8 types

4. Under no conditions a marriage can be revoked if the girl has conceived a child from the man.

5. A marriage can be revoked if a sexual defect (impotency, loss of virginity) is discovered immediately after marriage.

7. It is an offence to show one girl and substitute another at the time of marriage.

8. It is not an offence for a daughter to remain unmarried upto 3 years from the day of her first menstruation cycle. Beyond 3 years, it is considered an offence and the girls’s father is subjected to pay the fine for not marrying the daughter to a suitable bridegroom within 3 years of her entering puberty.

9. A girl may choose to marry a man of a different Varna provided she does not take any ornaments or help from her father.

11. No man should falsely accuse his wife of not being a virgin before marriage. If anyone does so, he loses the right to marry her if she does not want to and he cannot claim any dowry and the marriage expenses.

12. If the bride is not a virgin at the time of marriage and this accusation is proved, she shall pay the dowry, marriage expenses and a fine. Deceiving or suppression of this fact is a punishable offence.

13. A husband cannot have sexual relationships with his wife beyond her will under the following conditions

15. A woman shall lose all her property if found guilty of treason, persistent misconduct or becomes a vagrant.

16. There is no limit to the amount of Jewellery a wife can keep from her family and her husband and all the Jewellery she has is legally her property (Streedhana). Under no circumstances, the husband or the bride’s father or the bride’s son/daughter can claim her jewellery.

18. On the death of a wife, the dowry, marriage gifts and all other gifts should revert back to the original donors and husband cannot claim them as his property.

19. Women who do not expect to remarry after the death of her husband shall receive support endowment, her jewellery, the balance of dowry and whatever had been given to her by her husband. After her death, this property shall pass on to kinsmen.

20. If a widow decides to re-marry, she has to forfeit what was left to her by her previos husband and has to return the rest with interest.

21. If a widow marries someone from the Husband’s family with a view of begetting a son, she can retain all the property, provided she has the affirmation of her father in law.

22. If a widow marries outside her late Husband’s family, her new family has to return all the property to the late husband’s family.

23. If a widow with children wishes to re-marry, her property is first passed to his sons and daughters in equal shares. If she continues to look after her sons from the previous marriage, she can keep the property so long as the maintenance of her children is taken care of by her.

24. A man may marry any number of wives provided that he pays each of the wives their dowry, their property and adequate maintenance.

25. Before taking another wife, the husband has to wait

If the husband marries before this period, he has to pay the wife a dowry and adequate property and a fine to the court.

26. If more than one wife has her fertile period at the same time, the husband shall sleep with the elder wife or with the one who has already bore him sons.

27. A husband who tries to avoid a wife during her fertile period is subject to punishable offence.

28. A wife may abandon her husband if he

29. Physical punishment of a wife from a husband is a punishable offence. The husband can slap her back three times, use a rope or a bamboo cane but any beating exceeding this is punishable. The same is applicable is the wife is cruel towards her husband.

30. A wife who does not let her husband sleep with her for seven menstrual periods shall return to her husband the endowment and jewellery given to her by him and should let him sleep with another woman of his choice.

31.  A husband who dislikes his wife shall permit her to live apart under the protection of a guardian, kinsman or a mendicant woman.

33. A wife is not allowed to go to pleasure trips without her husband, to see performances in a nearby village with other men or women without the knowledge of her husband. She shall not leave the house when the husband is sleeping or refuse to open the door when the husband has arrived home from his daily work.

34. A woman shall not run away from her marital home, except when she has been ill treated or tortured by her husband.

35. A Husband shall not prohibit his wife from going to the house of a kinsman on occasions of death, illness, calamity or childbirth.

36. No man shall give asylum to another man’s wife except to saver her from imminent danger. He shall not be punished if he had forbidden to enter his house or if she does so without his knowledge.

37. Adultery should be presumed if the wife

38. A wife is free to re-marry under the following conditions

39. After the waiting period, the wife should choose a new husband based on the following order of priority

If the above order is violated, the woman, her new husband and anyone supporting their marriage are subject to the punishment of adultery by the court.

40. A Kinsman or the servant of a husband who is out on a long journey shall keep an adulterous wife under his guardianship until the time the husband returns. If on return the husband does not raise objections, neither the woman nor her lover is subjected to any punishment. However, if the husband raises objection, the wife shall suffer mutilation and the lover, death.

42. The proofs of adultery

43. No man can renounce his marital life without providing for his wife and sons.

44. No one should induce a woman into becoming an ascetic.

45. A man who has passed the age of sexual activity can renounce his family life with the approval of the court, only when he has provided for his wife and family.

46. Anyone who tries to rape or molest a girl/woman is subject to serious punishment e.g limbs cut off and castration. Attempting to start an affair with a woman of royal family or trying to have implicit relations has the punishment of boiling the offender alive in front of all citizens.

The above is just a synopsis of the fundamental guidelines that were observed regarding the preservation of a healthy society. For complete details, please refer Arthasashtra, chapter 8 where Chanakya has elaborated each use case with reasons and implications which may arise if law and order is not observed strictly..