When people utter the word nature, we immediately assume that the person is referring to something that is obvious.

“What is your nature?”

“His natural instinct is pessimistic”

“It is but a natural tendency to want more” 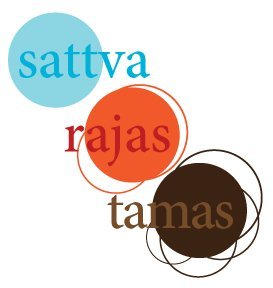 Sankhya Philosophy states that nature is constituted by three gunas –

Gunas mean a component and not an attribute or quality. The reason they are called gunas is because they are subservient to the ends of the man and the gunas are not perceived by us but from the objects of the world which are their effects.

All objects of this world, from the intellect (man) down to the ordinary objects (e.g a chair) are found to possess the above three characters capable of producing pleasure, pain and indifference.

The bird’s cry is a pleasure to the artist, a pain to his sick friend and neither to the plain rustic. A rose delights the youth, dejects the dying man and leaves the gardener indifferent. Victory in war elates the victor, depresses the vanquished and leaves the third party apathetic.

Now since the cause must contain what is in the effect, we can conclude that the ultimate cause of things must have been constituted by the three gunas – Pleasure, Pain, Indifference.

Sattva is that element of Prakriti which is of the nature of pleasure. Something that ignites, illuminates and causes comfort to the person who needs that nature. Satisfaction, happiness, joy, pride are produced in our own mind through the operation and manifestation of “Sattva” guna.

Rajas is the principle of activity, this is the guna which makes things move from one state to another state. If the ignition of fire is termed as “Sattva”, Rajas is the spreading of fire.

It is because of the presence of Rajas guna everything moves. The wind blows, the fire spreads and the mind becomes restless. In short, Rajas is the component which is responsible for motion.

Tamas is the principle of passivity. Tamas is the component which resists Sattva and Rajas. The Tamas component in an individual or object produces ignorance, darkness, laziness, confusion, apathy and bewilderment.

A scholar who goes to college but never understands the lectures is full of Tamas guna. He is indifferent, he has little idea what he is doing. However, this student is full of Rajas guna since he is always going to attend the lectures. There is movement but since Tamas is prevailing and causing obstruction to the Sattva guna, the Rajas component is directionless. There is no co-ordination between Rajas and Sattva due to the strong presence of Tamas.

An employee who works for an employer but is never satisfied with his work. He is hard working and talented but he thinks that he is undervalued by his employer. He switches from one role to another role and ends up in circles, thinking that he is not getting what he deserves. In this case, Sattva guna is prevalent and Tamas is not. The sattva guna in the employee is causing an abundant Rajas component and the absence of Tamas guna is leaving him in bewildered state.

Balance is thus a comination of “Sattva”, “Rajas” and “Tamas”. These three gunas always go together and can never be separated from one another. One guna cannot produce anything without the co-operation of the other two gunas. All the three gunas are present in every single thing in this world, from big to small, from fine to gross.

The nature of an object is determined by the predominant guna, at any given instance of time and situation. The classification of objects into good, bad, indifferent, into pure, impure, neutral, into intelligent, active and indolent is directly related to the preponderance of the three gunas – Sattva, Rajas, Tamas.

An interesting thing to note about the gunas is that they are constantly changing proportions within an object. When destruction happens, the three gunas stop co-operating each other and turn to three different directions, leaving the subject into a dissolute state.

When you burn down a chair, the three gunas in the chair leave the chair and are absorbed by the nature. The chair turns to ashes which means all the gunas have now abandoned the chair and found a new home somewhere else.

This is also true for a man. When a man dies, the three gunas travel with the soul and find another body, leaving the physical body of the man into a dissolute state.

Now you may wonder what causes creation? If everything is just a manifestation of the three gunas, how are things produced?

When one guna in an object reaches a predominant state that the other two gunas cannot affect it, we have creation.

Since the Sattva is predominant and Rajas is co-ordinating him, creation follows.