Madhukari is a conjugation of two terms – “Madhu” and “Kar”.

The act of collecting alms through Tax is called “Madhukari”. Madhukari is a verb, which means the action is referred to as Madhukari, not the person and neither what has been collected.

Madhukari is an ancient Indian tradition of collecting alms from householders by Sanyasins. Let me explain the origin of the word and why it is termed as Madhukari.

What does a honeybee do? It collects honey and stores it in a Beehive. 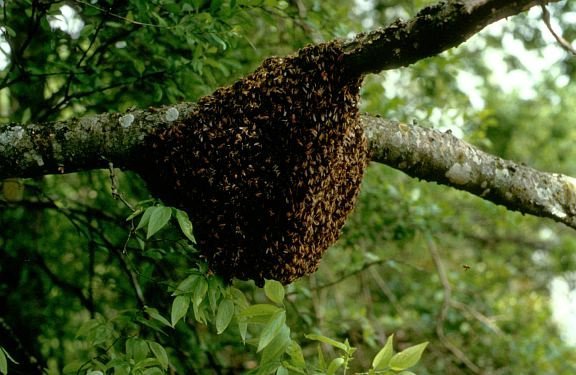 Note that the honeybee does not extract the entire nectar from a flower. The honeybee is an intelligent specie, it knows that if today it extracts the entire nectar from a flower, tomorrow it won’t get any more. The honey bee hops from one flower to another and suck nectar and other essential ingredients. The honey bee processes these natural nectar and converts it into honey, which is then stored in the Bee hive.

The honey bee stores its food for a rainy day. Bees produce honey as food stores for the hive during long months of winter when flowers aren’t blooming and therefore little or no nectar is available to them.

Madhukari is an Indian tradition which encourages a monk to live life like a Honey bee does.

The monk is encouraged to beg for his own food by visiting different families door to door. The monk must beg for his food and be dependent on the generosity of the householder. At the same time, the monk must not suck the entire nectar, he must not demand too much from any house. He should fulfil his need for food by taking as little alms as possible and by begging from one door to another.

This particular mode of bheeksha is called Madhukari, collecting food and only food like a bee which goes from flower to flower and putting it all together for future use. It is the duty of a householder to offer food to the needy and only after he has offered his “Madhukar”, he should feed himself and his family members. Alas, these principles have been long forgotten and people don’t respect it anymore.

What’s the Purpose behind Madhukari?

When a person enters “Parivrajaka”, the final stage of life, he is supposed to live the life of a “Madhukar”.

Parivrajakacharya – Parivrajaka + Acharya – a wandering teacher, the ultimate journey of a man.

Madhukars can be seen in rural Indian villages and it is considered a good fortune to meet a wandering man who has never been seen before in the same village and will never be seen again. Women rush from their kitchen with Rice, Pulses and Fruits to offer the Madhukar some food.

The ideal Madhukar will never announce that he is a “Madhukar” and he will only accept little food from everyone, enough to satisfy his belly. The real Madhukar will only accept food when he is hungry and will walk away when he isn’t. On accepting food, he will bless the subject and move on. It is said that getting the blessing of a Madhukar allows the donator to receive good luck, health, wealth and happiness.

The following video is a good representation of “Bauls“, mystic men or “Madhukars” from West Bengal who roam from one village to another, singing divine songs and begging alms on the way.