An ascetic who wanders across the world is often seen as a Vairagi, the one who has abandoned the material world and is believed to have obtained liberation (“Moksha”). However, a householder who is working and providing for his family is seen as “Attached” and yet attain liberation. A Business man or an entrepreneur is often seen “attached” to money and fame.

Hinduism does not advocate this misapprehension.

Non attachment is not the absence of work, wealth, family or the will to exist. A beggar in his rags can have attachments while a King in his throne can be perfectly non-attached. Non attachment has nothing to do with the physical and social body of an individual but it is the mental body (Sukshma Sarira) which determines whether a person is observing Vairagya.

Vairagya or non attachment is just like the lotus leaf 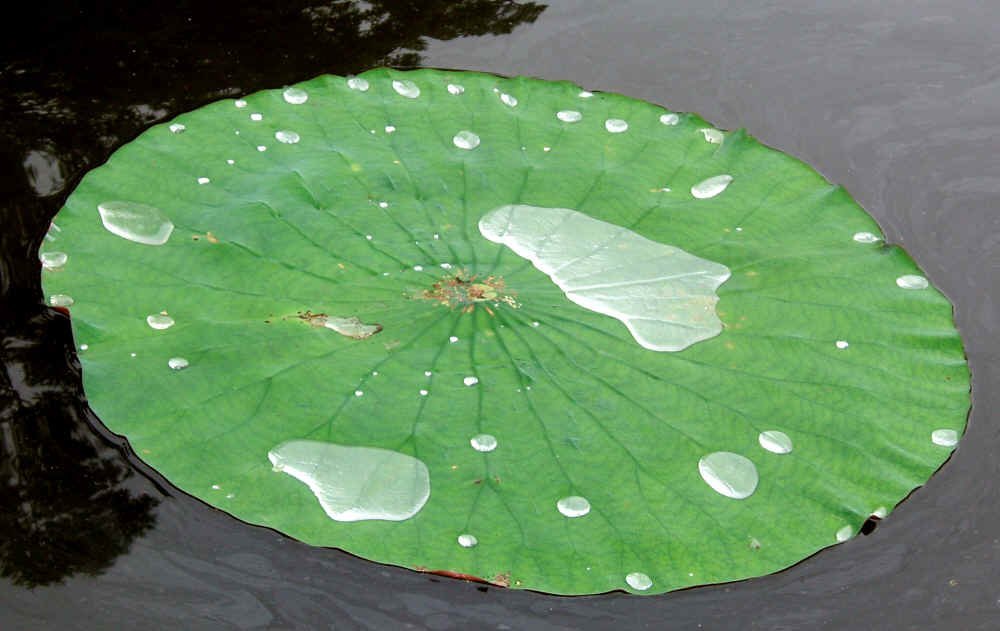 The Lotus leaf lives in abundance of water.

Yet, the lotus leaf does not withdraw itself and is always calm and composed, no matter which water body it resides into. Water floats on the surface of the lotus leaf but the leaf remains dry, since the leaf is “Non Attached”. The leaf allows water to be on his surface but at the same time it is not absorbed by the very water where it resides, neither by the water present on its surface, nor below it.

Examples – The Priest, The Business man and The Householder

A priest who worships the gods may be the most attached person. So although he lives in God’s court, he might be attached to the temple and the rituals alone. When someone demolishes the temple and constructs a mosque, the priest turns to politicians and fuels a propaganda as to why this happened and what should be done to re-construct the temple.

Had the priest attained Vairagya, he would have simply found another temple or would submit himself to the mosque and dedicate himself to the new system.

A householder who provides for his wife and children and is perfectly content with his family may attain vairagya within his family. When the householder has liberated himself from all personal wants, greeds, ambitions, desires and spends his time, money and spirit for the welfare of his family can be referred to as a “Non attached” person.

A business man who is attached to the business alone and not to the wealth that the business generates may attain vairagya through his endeavors. People may call him greedy for wealth and fame but if he is not attached to either and focuses his mind and soul into the philosophy of the business, he is said to have achieved “Non attachment”.

The householder is not attached to the people but to the welfare of the people. He will do whatever it takes to ensure that his children are happy, even at the cost of punishing his children. He will send his son to a foreign country for education. So although sending his son away causes him personal grief but he lets go of his son since he is “Not attached” to the son but attached to the welfare of his son (principle).

Beyond that point, the business man merely becomes a guardian of the enterprise and not the owner, abandoning personal ambitions for the goodwill of the enterprise. If he is not attached to what results his business brings, how much profit it generates but focuses his intentions towards improving his offerings, he is said to have achieved Non attachment.