Drona had a mission and plan. To train Arjuna so that he can capture Drupad and defeat his army. He dedicated all his time in teaching Arjuna all the best practices of archery. Arjuna was a dedicated disciple and hence Drona had faith on his loyalty, that Arjuna will never disobey his command. 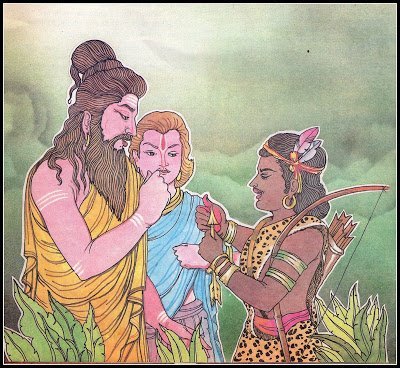 However, Drona cannot allow others to learn his techniques behind the bush, without his due permission. Knowledge taken without Guru’s permission is equivalent to theft. Hence Drona deserves the right to punish Eklavya, for stealing his knowledge without due permission.

Drona cannot teach his skills to anyone other than Arjuna. This is the exact reason why he denied Karna admission to the school. If he teaches Karna or Eklavya, there is a chance that they might join Drupad’s army and pacify Arjuna. Arjuna is Drona’s instrument towards Drupad and hence Drona cannot risk teaching all the skills to two archers.

So he demanded Eklavya’s thumb because he had literally stolen his blessings without his permission.

Ironically, Drupad uses Arjuna against Drona ( via Draupadi). So Arjuna becomes the two way instrument between Drona and Drupad.