Duryodhana was a better warrior than Bheema, when it came to Mace fight. Duryodhana means someone who is very difficult to fight with (“Dur” + “Yodhana”). Difficult warrior. 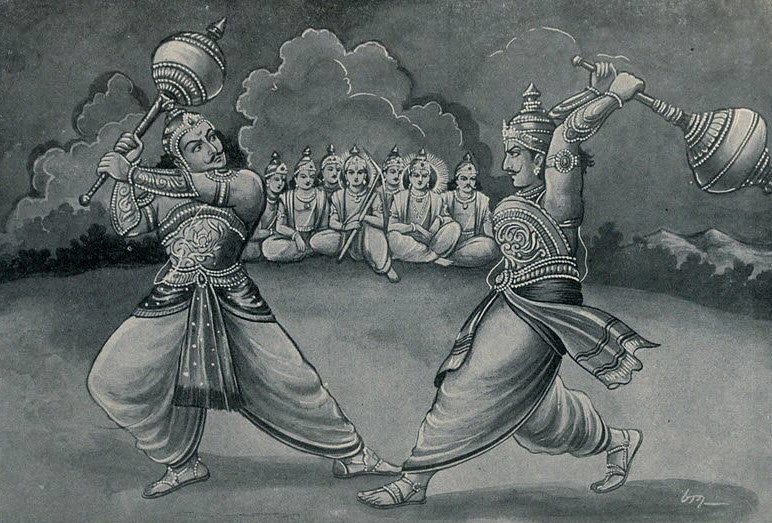 In the 19th day of the war, Arjuna told Krishna that Duryodhana has somehow escaped the battlefield and will never return. To this Krishna had said

During the mace fight between Bheema and Duryodhana, Krishna says

Agar duryodhana ne kapat nahi kiya hota, to main ghanto uski gada ka sondarya dekhta rehta. (If Duryodhana was not an Adharmik, I would have seen the beauty of his mace for hours)

It was impossible for Bheema to win against Duryodhana, without using unfair practices. Duryodhana’s entire body was as solid as steel, thanks to Gandhaari’s divya drishti.

Balarama himself said that Duryodhana was far more skilled than anyone, when it came to mace. Bheema was nowhere close to him as far as skills are concerned. Bheema trumped in physical strength but Duryodhana’s mace was as fearsome as Arjuna’s Gandiva.

Every night Duryodhana would instruct Dushashana to hit his body with his mace thousand times and he would scream “Aur balpoorvak” (hit me and hit me hard).